Add to wishlistAdded to wishlistRemoved from wishlist 0
Add to compare
Add your review
6ComputersMobile PhonesMotorola
This Post layout works only with Content Egg Check all prices
EAN: N/A 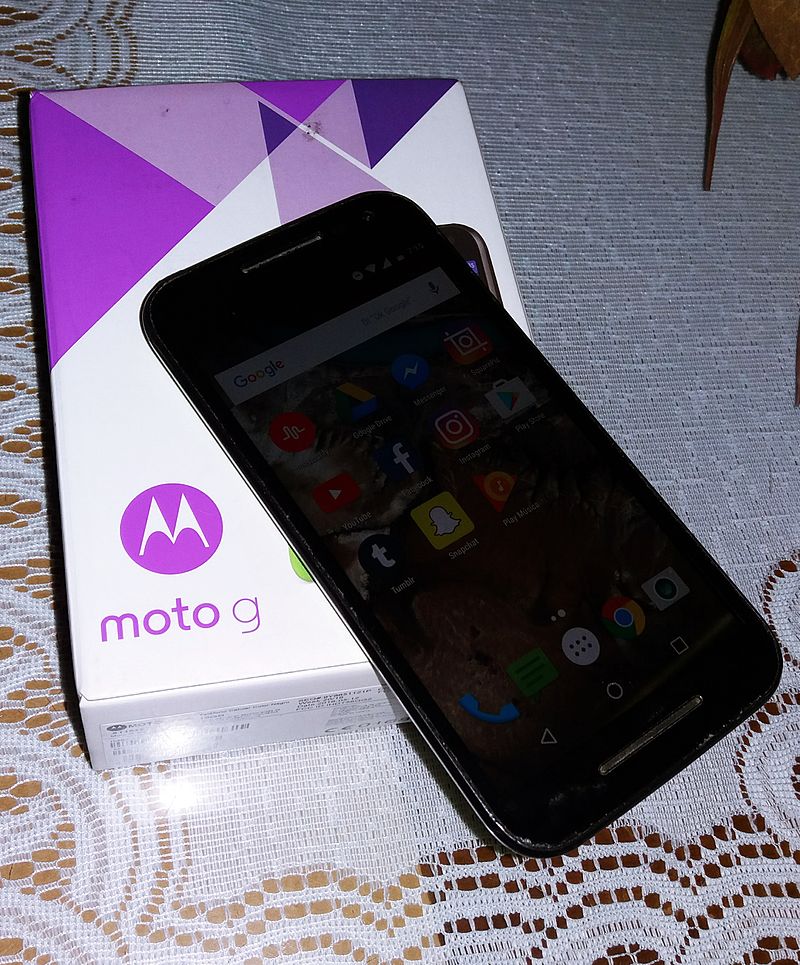 The third-generation Moto G has a 5-inch display with HD resolution of 1280x720p and features Corning Gorilla Glass 3, a 13-megapixel camera similar to the one from the Nexus 6 with many features including HDR imaging and an on-screen exposure setting option, a quad-core Snapdragon 410 processor, and the latest version of Android, 6.0.1 “Marshmallow”. The phone back is removable, and made of textured plastic. The back also comes in multiple colors available in Motorola’s Moto Maker website. The Moto G 3rd-generation is water resistant through the use of nano-coating and internal rubber gaskets, giving it an IPX7 rating.[5] This water resistance gives the phone the ability to be submerged in up to one meter (or about three feet) of water for 30 minutes at a time with the back cover secured correctly.[6] The model comes with 8GB of storage and 1GB of RAM, while the other model comes with 16GB of storage and 2GB of RAM.[7] This phone also features a 2470 mAh Li-ion non-removable battery. Both models support LTE.

At launch, the phone ran a near-stock Android 5.1 Lollipop operating system, although it has since been upgraded to Android 6.0 Marshmallow, preloaded on new devices and upgradable via an OTA update for devices already on the Lollipop 5.1 OS.[8] The Android Marshmallow 6.0 update for the Moto G 3rd-generation was first widely rolled out in North America starting on December 24, 2015.[9] The phone has both a single-SIM and dual-SIM variant, availability of which vary by market.