BUY NOW
out of stock

BUY NOW
out of stock
Check all prices

Infinix has been launching new phones at a rather fast pace. We have recently seen new models in the Hot and the Note series and now there is a new smartphone called the Infinix Zero 8i. The slightly amusing name aside, the Zero 8i packs in some impressive specifications on paper.

You get a MediaTek Helio G90T processor, 8GB of RAM, 90Hz refresh rate for the display, 48-megapixel quad-camera setup, and a starting price of just Rs 15,999. So do all these specifications translate to good real-world performance? We review the Infinix Zero 8i to find out.

The Infinix Zero 8i₹ 15,999 is a tall smartphone, and the big 6.85-inch display makes single-handed use a little tricky. Reaching the top of the screen requires a quick shuffle in the hand. Infinix has gone with a dual selfie camera setup embedded in the top left corner. 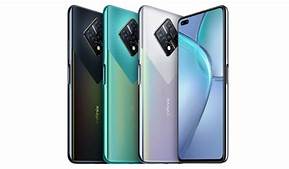 There is a selfie flash towards the top of the display, which is neatly hidden from sight. I could only spot it when it was active. The SIM tray is on the left side of the Zero 8i while the top of the frame is bare. At the bottom, it has a USB Type-C port, 3.5mm audio jack, and loudspeaker. This module sits in the center towards the top and is slightly raised, causing the smartphone to rock when placed on a flat surface. The Zero 8i is available in two colours, Silver Diamond, and Black Diamond. I had the former for this review and I liked the matte finish on the back.

Like I said at the start of the review, the spec sheet of the Infinix Zero 8i is quite interesting. You get a big 6.85-inch full-HD+ display with a 20.5:9 aspect ratio and a fast refresh rate of 90Hz. The display is set to 90Hz by default but you do have the option to switch it to 60Hz or set it to Auto. Infinix has paired it with 8GB of RAM and 128GB of UFS 2.1 storage. The Helio G90T is a gaming processor, and Infinix claims it has used liquid cooling to keep thermals in check. You get a triple-slot tray on the Infinix Zero 8i to accommodate dual Nano-SIMs and a microSD card.

There is a fair amount of bloatware that comes preinstalled on the Infinix Zero 8i. I found a few third-party games and apps as well as the Theme app by Infinix and an app called Palm Store which looks like an alternative to the Play Store. I found these two apps to be spammy as they kept sending suggestions.

The Infinix Zero 8i has a fast fingerprint scanner, and the device needs just a tap on the power button to unlock itself. Face recognition was also quick, and did not require more than one attempt. The big display on the Zero 8i makes content engaging and I enjoyed streaming video on it. Stereo speakers would have enhanced the overall experience, but this feature is missing.

benchmarks on the Infinix Zero 8i to see how it fares compared to some of the other smartphones available at the same price today. In AnTuTu, the phone managed 289,887 points. It scored 529 and 1703 points in Geekbench 5’s single-core and multi-core tests respectively. The Zero 8i also managed 26fps and 15fps respectively in GFXBench’s Manhattan 3.1 and Car Chase tests.

Using this, the smartphone charged to 33 percent in 30 minutes and got to 68 percent in an hour.

Video recording tops out at 4K for the primary front and rear cameras. Footage shot at 4K wasn’t stabilised, and but 1080p video did still have visible shakes. There is an Ultra Steady mode that helps stabilise footage, but it had a visible shimmer effect in lowlight. 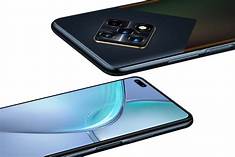 The Infinix Zero 8i packs some interesting hardware which does help it deliver good performance. The MediaTek Helio G90T is a capable processor, and paired with 8GB of RAM there are very few things that can slow it down. Even the 90Hz display plays a role in making the overall user experience smooth. Also read Infinix Smart 4.

INFINIX ZERO 8i: This phone excels at multitasking - The Financial Express